Call us : 0333 998 8899 Due to technical issue, we are currently experiencing difficulties with our phone line, if you wish to speak sales staff. 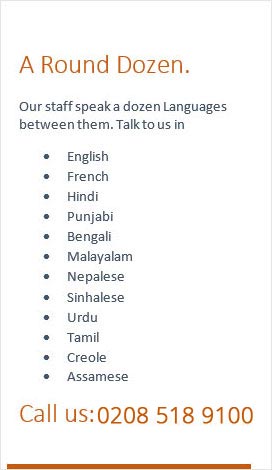 Flight delays and cancellations: know your flight rights
There's nothing worse than getting stranded because of delayed or cancelled flights. So, before heading to the airport, it's a good idea to find out what you're entitled to if things go wrong.

The Denied Boarding Regulation
If your flight runs into problems, your legal position depends on where you are flying to and from. If you meet all the criteria below, you have the legal protection provided by the Denied Boarding Regulation: you have a confirmed booking. You checked in on time (or if no check-in time was given, then at least 45 minutes before your flight was scheduled to depart) you're departing from an EU airport, or from a non-EU airport and flying into an EU airport on a 'community carrier' - an airline with its headquarters and main place of business within the EU. That includes all European discount and 'no-frills' airlines.

What if I get to the airport and my flight is delayed?
If your flight is delayed the Denied Boarding Regulation says that the airline has an obligation to offer you assistance if your delay is expected to go beyond a certain point.

What you're entitled to:
Two free phone calls, faxes or e-mails; and free meals and refreshments appropriate to the delay free hotel accommodation and hotel transfers if an overnight stay is required. If the delay lasts for five hours or more, you can choose not to travel and get a refund of your ticket cost.

Following a recent European Court decision consumers can now claim for compensation under the Denied Boarding Regulation when their flight is delayed by more than three hours. As with cancellation, the amount you are entitled to depends on the distance you were travelling and just how late you were arriving.

What happens if my flight is overbooked?
Overbooking flights is common practice, so if everyone who booked a seat turns up, there's a problem.

If your flight is overbooked, the Denied Boarding Regulation says the airline must ask for people to volunteer not to fly 'in exchange for benefits'. If there aren't enough volunteers, the airline can free up seats by denying passengers the right to board the plane.

If you volunteer to give up your seat you're entitled to a refund or re-routing and also "benefits" which you have to negotiate with the airline; there are no parameters as to what benefits the airline should offer.

If you don't volunteer or can't agree benefits with the airline and you are denied boarding you have the same entitlement to assistance and compensation as you'd have if your flight was cancelled. The only difference is that you are entitled to the compensation straight away.

How much you can claim
If you get to the airport and your flight is cancelled. While you are waiting, you should be offered the same assistance as for delayed flights, i.e.:
Two free phone calls, faxes or emails
Free meals and refreshments
Free hotel accommodation and hotel transfers if an overnight stay is required

On top of this, you should be offered a choice of:
A refund within 7 days of the full cost of the flight (if your flight wasn't direct and was cancelled part-way through, you are entitled to a flight back to your original point of departure and to be refunded in full)
Re-routing to your final destination at the earliest opportunity
Re-routing to your final destination at a later date convenient to you

If the airline flies you to another airport in your destination city, then they must pay for the transfer to the airport you were originally booked to travel to, or to another close-by point of your choice.

The compensation you're entitled to depends on how far you were going to fly and what, if any, alternative flight the airline offers you. You don't have a right to compensation if you're offered re-routing on a flight that leaves no more than one hour before the original flight booked and is scheduled to arrive no more than 2 hours later than the original flight. If you aren't offered a flight that falls within these time-frames or you're offered no alternative flight at all, you can claim compensation according to the table below. However, you don't have a right to compensation if the airline can show the cancellation was caused by 'extraordinary circumstances that could not have been avoided even if all reasonable measures have been taken'. This, however, doesn't affect your other rights to a refund and assistance.

According to the regulation, extraordinary circumstances would be likely to include, "political instability, meteorological conditions incompatible with the operation of the flight concerned, security risks, unexpected flight safety shortcomings and strikes that affect the operation of an operating air carrier".

In December 2008, the European Court of Justice (Wallentin-Hermann v. Alitalia 2008) ruled that it was up to the airline to prove that the circumstances are 'extraordinary'. "Technical problems which come to light during maintenance of aircraft or on account of failure to carry out such maintenance cannot constitute, in themselves, 'extraordinary circumstance'...A technical problem...is not covered by the concept of 'extraordinary circumstances'...unless that problem stems from events which, by their nature or origin, are not inherent in the normal exercise of the activity of the air carrier concerned and are beyond its actual control."

The airline must pay you compensation in cash, cheque or bank transfer. Sometimes the airline will try and give you vouchers. You could accept the vouchers instead of cash if you want to, but you don't have to. The minimum amount the airline must give you is set out in the Regulation. The amount you should get depends on the length of your flight and how late you are in getting to your final destination. Use this table as a guide:

Common excuses
Some airlines have failed to pay compensation when they were supposed to and you may be faced with any one of a number of common excuses. Examples include:


While it's possible that technical problems can sometimes be defined as 'extraordinary circumstances' which allow the airline to get out of compensating you, it's not always the case.

The airline would have to show the problem was completely out of the ordinary and something they couldn't have taken steps to avoid. Even then a judge may look at whether they had made adequate arrangements for a substitute plane to be available.

'Passengers were at fault for the delay'


This excuse rarely holds water − airlines have complete control over when they close their gates for departure.

'The weather was bad'
If you're told you can't take off because of fog when other airlines are taking off, it's worth challenging the airline. However, if the weather is genuinely awful the airline may have a right to withhold compensation as they won't be expected to risk passengers' safety.

'We had a problem with the crew roster'
There are strict rules as to how many hours pilots and crew can fly. Airlines know this, and should design their rosters to take account for it.

What if my flight is cancelled before the day of departure?
If your flight is cancelled with up to 7 days to go it's the same position as if you were cancelled on the day i.e. you don't have a right to compensation if you are offered re-routing on a flight that leaves no more than one hour before the original flight and is scheduled to arrive no more than 2 hours later than the original flight.

If your flight is cancelled between 7 & 14 days before you were due to fly. You don't have a right to compensation if you are offered re-routing on a flight that leaves not more than 2 hours before the original flight booked and is scheduled to arrive no more than 4 hours later than the original flight.

How to make a claim
What to do
Complain to the airline
If you experience delays or cancellations, take action as soon as possible.

Check how much compensation you're due (using the tables on the previous page), then fill in this letter. Send it with all necessary receipts and keep copies of everything.

I am writing to you in connection with the above flight which I was booked on to on [date]. The flight was supposed to depart from [departure airport] at [time], but was cancelled. Under EU Denied Boarding Regulation 261/2004, I opted to take the re-routing option. I am entitled to the sum of € [see tables 1 & 2 in the flight rights report and accompanying notes to calculate the sum due and whether a 50% deduction applies] compensation and look forward to receiving the sterling equivalent within the next 14 days. I attach a copy of the ticket.

You paid at least part of the cost on a credit card.

The contract you have with the airline states that, where appropriate, the airline will compensate you in accordance with EC Regulations.

If the card issuer refuses to pay, and you exhaust its internal complaints procedure, then refer the dispute to the Financial Ombudsman Service.

Going to court
If you still get unsatisfactory results, you can consider taking action against the airline through the small claims court . If you paid on a credit card you can join the card company as a second defendant to the claim.

Before starting court action you must have made every attempt to resolve the dispute without the need for court intervention. You should also send a letter to the airline's registered office address, including the following information:

Restate your claim and make the point that they have failed to pay the compensation you are entitled to.

Warn them that they have 14 days to settle or court action will follow.

Make a duplicate copy for your records.

Use recorded delivery to send the letter to the airline.

What to put in your claim
Outline the legal basis for your claim. You might say, for example, that the airline was in breach of the regulation (EC) No 261/2004 by failing to provide the assistance/compensation due.

Detail the amount of your claim, explaining how you reached the figure. You can also claim interest at the rate of 8%.

Which? Legal Service is also able to offer advice on flight problems.